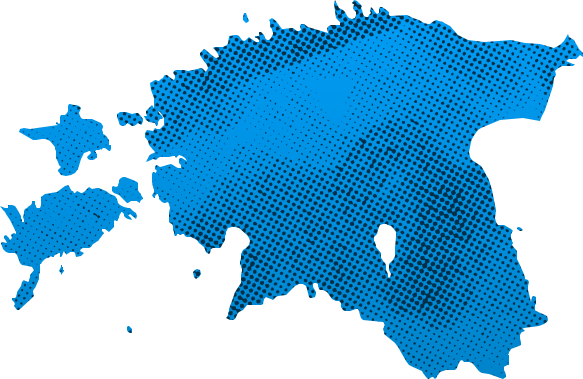 Review on the Implementation of the 2030 Agenda in Estonia

Members of the Estonian Roundtable for Development Cooperation are sending over volunteers, help to strengthen the public sector in the target countries, deal with environmental, human rights and health issues and do much more in order to promote the improvement of life quality and democracy in the developing countries. The Estonian Centre for Human Rights is the coordinator of the diversity agreement in order to promote equal opportunities. The Diversity Agreement is a voluntary agreement and companies or public organisations joining it agree to follow the principles of diversity towards their employees as well as clients and agree to treat everyone equally.

NGOs and volunteers are also engaged in preventing the perils to public order as well as in dealing with the aftermath of disasters.

As the declaration Transforming our World: The 2030 Agenda for Sustainable Development, which was adopted in September 2015, sets out that achieving the global goals requires a contribution from both the government and the NGO sector, including municipalities, local and international organisations, the academy, charities, volunteer organisations, etc. It is important to include them in the work of the government and raise the awareness of Agenda 2030 goals in general and on how to contribute to carrying them out.

An NGO, Estonian Fund for Nature, contributes to Baltic Sea protection with the operation Life Buoy, which brings together volunteers to clean up coastal pollution and help birds.

Review of the Implementation of the UN 2030 Agenda in Estonia

In the last three months of last year, food was distributed to 2,890 people from this measure. The activities of the Food Bank contribute to the reduction of waste in society, as many food products that were previously destroyed now reach where they are really needed. The work of the Food Bank relies on volunteers who assist in the collection, storage, packaging, and delivery of food.

Organic Estonia is an association of volunteers,on the initiative of which an umbrella organisation for organic farming was established in 2017. It brings together companies and organisations to promote organic products. The organisation has created the first interactive web map of organic areas, which brings together Estonia’s organic and clean integrated environment (forests and harvesting areas together).

In order to better ensure internal security, in the spring of 2017, the Minister of the Interior approved action plans to strengthen the regional police network, increase the police’s rapid response capacity, renew the protective equipment of rescuers and deminers, and modernise rescue equipment. Among other things, the action plans increased the number of regional police officers by 45, the number of rapid responders in Estonian regions, and the number of volunteer rescue teams capable of responding to traffic accidents; supported the renewal of the community-based volunteer rescue companies; and increased the volume of prevention.

ACTIVITIES OF NON-GOVERNMENTAL ORGANISATIONS Various associations of volunteers have been established to ensure the security of the home: e.g. the Estonian Assistant Police Officers Association, which unites assistant police officers operating in Estonia, the Voluntary Maritime and Lake Rescue, whose main tasks are to organise cooperation between maritime and lake rescue units between voluntary and national structures, sustainable development, and training of a training system for volunteer maritime rescuers, and the Rescue Association, which is a network of voluntary rescue organisations to ensure a safe living environment in communities across Estonia.[...] In Ukraine, one of the reforms of national importance is the reform of the area of administration of the Ministry of Internal Affairs. The first police reform launched has been a success. Next, it is planned to implement the reform of the work organisation of the Rescue Board. Already since 2016, changes have been made to the plan in the rescue service, which would enable the involvement of volunteers in resolving crises. Involving volunteers in rescue operations would significantly reduce the time it takes to respond to crises and deliver aid, which in turn has an impact on the effectiveness of saving property and lives. The Praxis Centre for Policy Studies Foundation, in cooperation with the Ministry of Internal Affairs of Ukraine and the Rescue Board of the Dnipro Oblast, will implement the flagship project on involving volunteers in 2019–2020 “Supporting reforms in the field of internal security: involving volunteers in the work of the Dnipro Rescue Board”. The good experience of the Estonian Rescue Board and specialists is used as an example in the development of the system.

No mention
Got something to add?
Become an Editor