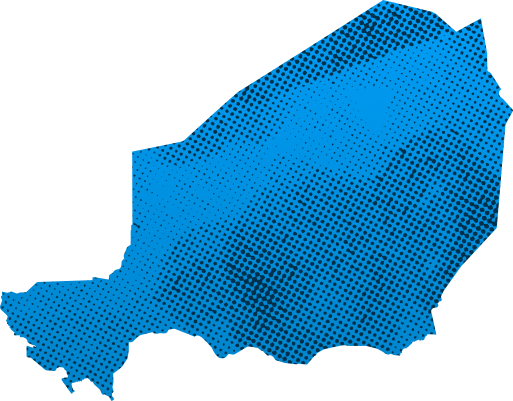 Law 2014-10 of April 16, 2014 created the "Nigerian Agency of Volunteerism for Development (ANVD)" whose Statutes are approved by decree taken in Council of Ministers.

Decree 2015-526 of October 2, 2015 approving the statutes of the ANVD; whose technical supervision is provided by the Ministry of Community Development and Spatial Planning.

Niger recognizes the important role of volunteers in development efforts, particularly among vulnerable groups and local authorities. Hence (i) the law on volunteerism in Niger was adopted in March 2014 and (ii) the Agence Nigérienne du Volontariat pour le Développement [Nigerien Agency for Volunteerism in Development – ANVD] was created in April 2014. Nigerien volunteers, supported by the United Nations Volunteers (UNV) programme and France Volontaires [France Volunteers], are involved in the promotion, advocacy and integration of volunteerism for peace and development. Their interventions help implement the international commitments to which Niger has subscribed, including the 2030 Agenda.

In addition, the Agence Nationale pour la Société de l'Information[National Agency for Information Society] plans to set up a digital volunteerism programme that will mobilize all young people working in the sector to participate in voluntary activities to help achieve the desired goals.

PARTNERSHIPS WITH CIVIL SOCIETY: THE ROLE OF VOLUNTEERISM IN IMPLEMENTING
THE SDGS: Niger recognizes the important role of volunteers in development efforts, particularly among vulnerable groups and local authorities. Hence (i) the law on volunteerism in Niger was adopted in March 2014 and (ii) ANVD was created in April 2014. The law on volunteerism recognizes conventional forms of mutual assistance, which are characterized by mutual assistance among community members and members of France Volontaires to undertake projects requiring significant mobilization of labour (such as rural work and housing construction)

ANVD receives support from UNV, which has been present in Niger since 1972 and has more than 900 international volunteers. Nigerien volunteers, supported by UNV and France Volontaires, are involved in the promotion, advocacy and integration of volunteerism for peace and development.

Their interventions help implement the international commitments to which Niger has subscribed, including the 2030 Agenda, as shown in Table 5 below:

Several activities have been carried out within the framework of this SDG, including awareness-raising on hygiene and sanitation (cleanliness) through hand washing activities with soap and water and activities on how to use latrines (especially in the regions of Maradi and Tahoua), and the construction and rehabilitation of water infrastructure by the Regional Council of Agadez, which is supported by a volunteer.

The volunteers that have been mobilized are helping with feasibility studies for various projects, including the construction of a solar hybrid power plant in the urban commune of Agadez.

Rehabilitation of the old town of Agadez through the Employment for Agadez Heritage (EPPA) project. Awareness-raising activities within communities on sustainable storage of cereal stalks (millet and sorghum) are led by volunteers to draw attention to the risks of fires and bush fires in the Maradi region. Volunteers are helping implement various sustainable agriculture projects, including the Family Farming Development Programme (ProDAF), rain-fed rice growing, Drydev (water-efficient agriculture) and integrated water resources management (IWRM) in the regions of Dosso, Maradi, Tillabéry and Zinder.

Within the context of this goal, volunteers from the Agadez region are supporting initiatives to set up solar equipment for watering market gardens through the Small-scale Irrigation Project (PPI). They are also contributing to hydro-agricultural developments through the Irhazer-Tamesna-Aïr project. Lastly, the programme to support socioeconomic stability in the Agadez region (PASSERAZ) is providing funding to former service providers of the migratory economy to support market gardening, following the collection of information and supervision of activities by volunteers. Several partnerships involving volunteer organizations have formed in the context of the implementation of the SDGs, at the national and international level.

SDG 17: Partnerships for the Goals:

Under the Communes de Convergence [Coming together with communes] approach, which brings togetherUnited Nations organizations and local authorities with the aim of improving resilience for the benefit of rural and urban communities, a crosscutting approach is taken to recruiting volunteers to implement programmes and projects. ANVD, UNV, the United Nations system as a whole, the various sectoral ministries, the German international cooperation agency GIZ, the European Union Capacity Building Mission in Niger (EUCAP Sahel Niger) and local NGOs such as Karkara are united in their
actions to achieve the SDGs in Niger. A platform for those involved in volunteerism is being developed
under the aegis of UNV and ANVD to support development activities within associations around the SDGs. At the international level, ANVD works in partnership with France Volontaires, UNV and the Agence Nationale de Volontariat pour le Développement au Togo [Togolese National Volunteering Agency – ANVT] in the context of reciprocal volunteerism. Care International is also an ANVD partner and mobilizes agricultural volunteers to support various sustainable agriculture projects.

The proportion of births attended by skilled health workers fell from 39.06 percent in 2016 to 37.53 percent in 2020. A slight decline was observed despite the efforts made to increase the coverage of health care facilities (health coverage rose from 50.13 percent in 2017 to 52.74 percent in 2020), but also in terms of recruitment of health workers (1,750 workers with different profiles recruited between 2017 and 2020). The improvement in these indicators is partly due to the interventions of community volunteers. In the areas in which the volunteers intervened, they were responsible for 60.21 percent of deliveries. The implementation of Niger's volunteer law, passed in March 2014, will help strengthen ongoing interventions.