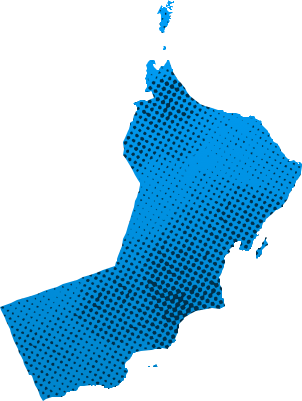 The Sultanate has long striven in all of its educational policies to integrate education for the sake of sustainable development and citizenship with the aim of creating a generation which is aware of the topics and purposes of sustainable development. In addition, the educational system in the Sultanate has focused on producing acquired educational outputs with an understanding of the concepts of tolerance and respect for the Other, as well as the values of charity and volunteer work, citizenship education and its aims, and concepts of relevance to human rights and the rights of the child.

Given the newness of the concept of women’s participation in the Sultanate of Oman since the Blessed Revival, such participation having been limited traditionally to specific family-related affairs, it was necessary to create organized forms of women’s participation in social and volunteer work, and thus there emerged the idea of establishing Omani women’s societies for community development in the Sultanate’s various provinces. The Sultanate witnessed quantitative expansion and qualitative development in care, rehabilitation and social services in achievement of sustainable development. Civil organizations and institutions also enjoyed interest and support from the Sultanate, particularly those that concerned themselves with Omani women, which began carrying out their activities in schools, where they offered literacy classes for Omani women. Eventually these societies had permanent headquarters and received annual financial support from the Government, as the Ministry of Social Development offers financial and technical support to civil organizations, as well as resources for capacity development.

The year 1996 witnessed the promulgation of the Basic Statute of the State [the Constitution], the main source of all legislation in the Sultanate. Article 33 of the aforementioned law provides for the freedom to form civil organizations, which it declares a constitutional right guaranteed to all. Similarly, the Law of National Associations issued by Royal Decree No. 14/2000 CE and the Law Regulating the Establishment of National Associations issued by Ministerial Decree No. 150/2000 CE regulated the process of announcing and overseeing the work of societies. The first civil society institutions to be officially established in the Sultanate in the early 1970’s were women’s societies, which were founded in 1972 via the Omani Women’s Association in Muscat.

The role of the Omani woman in women’s associations represents one of the most profound and best-known success stories of modern Omani women. These associations launched the careers of numerous female figures who have obtained advanced positions at the head of both the public and private sectors. Female volunteers play a major role in the area of women’s empowerment through participation in various areas of training to facilitate women’s access to job opportunities, in addition to engaging in education and consciousness-raising in order to increase women’s and communities’ awareness through implementation of numerous health, cultural, social and self-empowerment programs.

Omani women’s associations are voluntary, independently administered civil society organizations, which work to empower women by increasing their skills and capacities on various levels and to provide them with opportunities to exchange and obtain information, particularly on topics of relevance to them. These institutions, which are located throughout all of the governorates and states of the Sultanate, increased in number from 56 in 2012 CE to 65 by the end of 2018 CE. Omani women’s associations have contributed to raising women’s awareness so as to better to equip them to take part in parliamentary and municipal elections and access decision-making positions.

3 – Volunteer work: An individual initiative of the Esteemed Zahrah al-Ufiyah:

Education is a collective responsibility in which community institutions take part alongside the government. Furthermore, volunteer work is one of the underpinnings of Omani society for the achievement of social solidarity, in which civil society institutions take part as well as individuals, the government, and the private sector to build an integrated society which cooperates for the sake of strengthening and developing rural and village communities, whose advancement will require additional effort. The Sultan Qabus Award for Volunteer Work has served as an encouragement for institutions and individuals to make serious contributions in this area.

After her children were grown, homemaker Zahrah al-Ufiyah found that she had time to invest in giving back to her community. So, seeing her mountain community’s need for help in educating and advancing mothers, young women and their children, particularly in the areas of reading and writing, she began teaching the Qur’anic sciences, writing, and reading to 20 young children living near her home. She covered their expenses by deducting part of her household budget for this purpose, and as the numbers of those benefitting from her program increased, she went in search of a place that could accommodate the growing number of children. She also needed assistance in following up with the children and their mothers, who wanted to be involved in learning along with the children. So, in order to obtain the sums needed to open a school and pay the salaries of the young women who would be helping her in this effort, Zahrah carried out a project that involved preparing Omani meals and selling them to the students and teachers in neighboring public schools, then investing the earnings in opening a school to teach the Qur’anic sciences, reading and writing and in paying the young women’s salaries. Zahrah then continued with this work, alternating throughout between meal preparation and sales, and teaching the children and their mothers until she was able, with help from God, to open one school after another. Ultimately, she succeeded in opening no fewer than 22 schools in 22 mountain villages. Hence, Zahrah al-Ufiyah was a worthy recipient of the Sultan Qabus Award for Volunteer Work. Volunteer work thus invests the efforts of civil society institutions as a basic partner in achieving the goals of sustainable development, particularly in mountainous regions and villages.

The Sultanate Participates in Global Efforts to Protect the Marine Environment

As part of the Sultanate’s participation in the “Clean Seas” campaign under the United Nations Environment Program, an integrated program was carried out in 2018 to clean the coral reef environment. Given that the Daymaniyat Islands Nature Preserve is one of the most important sites containing coral reef colonies, and given the excessive reproduction of crown-of-thorns starfish, the impact of which has become clear through the bleaching of many of the coral reefs due to the increasing numbers of this creature, nearly 600 starfish have been removed through the implementation of four cleaning campaigns on the preserve with the participation of volunteers from the Omani divers’ team and some diving clubs.

No mention
Got something to add?
Become an Editor